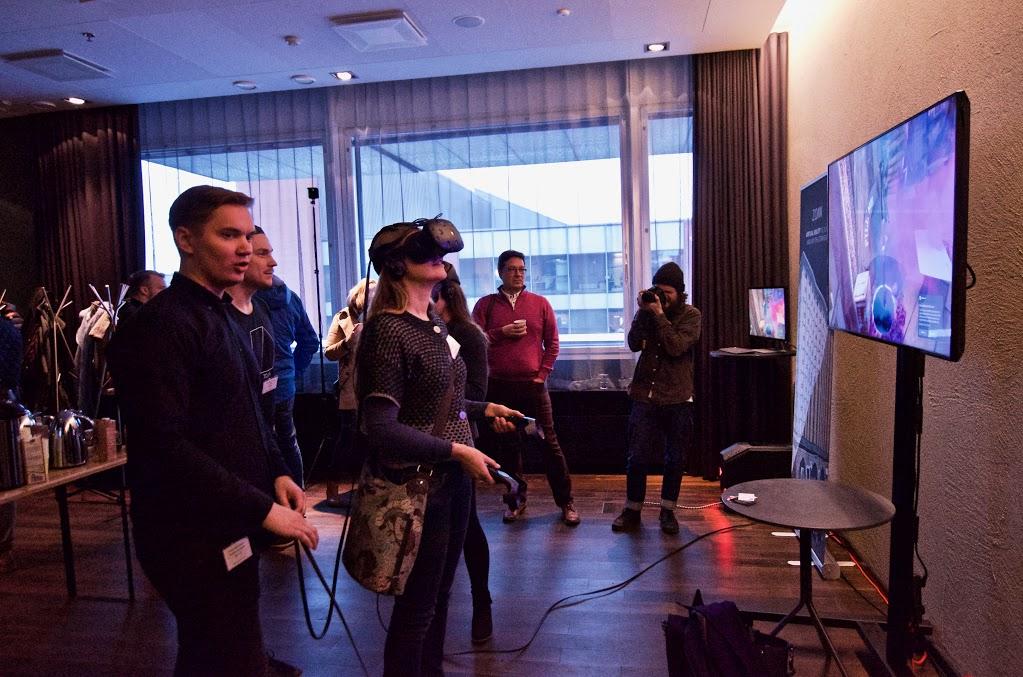 In the first PING Studio of 2018, we took a deep a dive into the art of storytelling in augmented and virtual reality.

The keynote speech of the event was presented by Zoan’s CMO Laura Ala who covered the question in all of our minds; what should a marketer know about AR and VR? Is VR is just something new and fun to try, or something that could actually have a significant business and brand impact – and is it here to stay?

To start with some definitions, both AR (adding digital elements to reality, like Pokemon Go) and VR (shutting away reality and moving to virtual world) can be labeled under extended reality.

Digital era storytelling with no limitations

According to Ala, by 2020, a large percentage of global brands will have incorporated VR into their marketing, in one way or another. Still, AR and VR will not change the fact that content is the king.

“It’s actually all about storytelling”, Ala says.

Virtual reality makes it possible to explore and experience completely new things; what a great challenge for all content creators and story tellers around the world, who no longer are limited by anything else but their imagination.

“In extended reality, you can do something impossible or dangerous. You can bring back something from history that was gone a long time ago, or create multi-sensory experiences like visualized music… the sky is the limit!”, Laura Ala says.

Getting started with extended reality marketing

When trying AR and VR marketing for the first time, Laura Ala encourages companies to start from something rather easy and simple.

“Make something fun! Or maybe help your clients choose a sofa that suits their living room by helping them visualize it with AR”, she says.

The important part for marketers is to determine what they want from AR and VR. What is its role in the company’s marketing mix? What is the target audience? Which company stories could be turned into extended reality experiences?

There is no easy solution, but Laura Ala recommends you work your story out together with your partner – by trying and learning.

“In the future, we’ll have virtual cities, VR social platforms, even VR dating and education… So you’d better get started now”, Ala says.

Some marketing forerunners have already tested extended reality in their marketing campaigns in Finland.

Zoan and Otavamedia created a virtual fantasy experience to Otavamedia’s B2B customers. The goal of the activation was to add more innovative touch to the traditional publisher’s brand image.

Zoan’s Senior Concept Designer Janne Itäpiiri encourages companies and brands to combine virtual reality with other media channels and create something that is meaningful to the user. According to him, one of the most important things is to test everything carefully before launching.

“You can’t do VR marketing without testing because you don’t know how the audience is going to react”, Itäpiiri says.

Taking storytelling to the next level

In December 2017, Stockmann took their traditional Christmas window in Helsinki to a whole new level by bringing Santa and his helpers alive with an augmented reality application, Arilyn.

“The culmination of the adventure was a Christmas card workshop where the kids could see their self-made Christmas cards coming to life by scanning them with Arilyn app”, says Hanna-Stina Seppänen, Omnicommerce Development Specialist at Stockmann.

Also Arla has created AR content to entertain their customers. Together with Arilyn, they created a virtual cat figure that comes alive when the consumer scans a milk carton with their smartphone. Their goal was to create an emotional bond between product and consumer, and the results were promising; the engagement rate was high and consumers actually spent some time with the brand.

On top of that, since it is still the early days for AR marketing, Arla’s campaign gained a lot of media attention. The cute virtual cat living in a milk carton even made it to business news and earned a lot of free media time for its developers.