Trust and Passion are the Keys in the Future 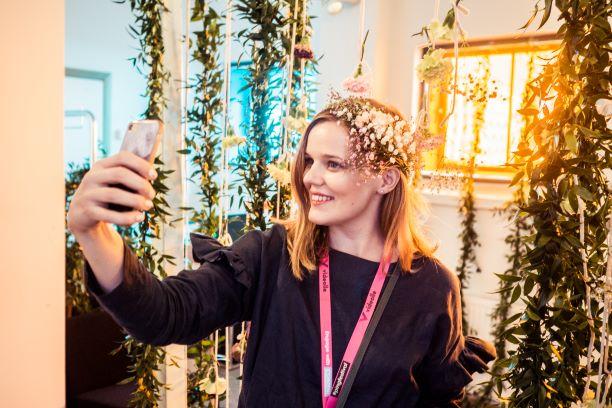 Throughout the autumn we in PING Helsinki have been talking about two things: trust and the reliability of messages. And we haven’t been the only ones buzzing about these topics, which was visible in the Own Media –seminar organized by ProCom, the Finnish Association of Communication. One of the speakers in the event, Mikko Villi, who is the professor of journalism in the University of Jyväskylä, also discussed about these topics during his speech. He based his presentation on Digital News Report 2018, which is a study published by Reuters Institute focusing on the use of digital media and the attitude of people towards them.

Trust and contacts between people were also topics in the speech given by futurist Perttu Pölönen in the seminar called Rytmihäiriö 3 by a communications agency Ellun Kanat. He also talked about the human revolution which is going on as we speak.

But what does the development of digital media look like?

Even though people use media very differently than before, people still think that it’s uncool not to follow the news. Reasons for not following can be numerous: lack of time or interest, and getting fed up with all the negativity in news. Evening news at ten o’clock is no longer an institution that gathers up the whole family in front of the television – and on the other hand, we don’t consume media anymore only because it’s there.

At the same time the role of the person consuming media is getting more and more complex:

people are products, producers, distributors, members or supporters of a media. The audience is becoming more and more aware and they are actively present in all the channels.

Traditional media is still distant from the audience. With new ways of communication the old myth of journalists sitting in their ivory towers is getting really old: messages go from both ends to another, which changes the role of communication drastically.

Media companies aren’t just content producers anymore but people demand services from them: an opportunity to participate and get your own voice heard.

Media is what the customer wants it to be and needs it for.

Media has to be meaningful and it has to have passion

The consumers want to make the brand theirs and have a meaningful impact on its development – such is the case with the Finnish teen magazine Demi, which gives an opportunity for its readers to participate in creating the magazine – from new ideas to actual layout.

Consumers want to see and feel passion: in both the way the content creators work and in their own attitude towards the media they’re using.

But what happens to objectivity and trustworthiness with the increasing amount of passion? Are they a match or rather excluding each other? The same kind of question have risen in the field of influencer marketing. The streangth of influencers is definitely their openness in telling the background info – readers know who is talking and what kind of like he/she is living. Now that these same questions have found their way to the field of traditional media it is interesting to see to which direction the discussion will be heading to.

Trust is the key

Villi also talked about a different perspective to trust. The amount of news reaching us is getting more and more numerous and that’s why the consumers want that the sender of the message knows their needs. This is why it is more likely that a consumer reads an article sent to him/her by his/her friend in WhatsApp than an article he/she stumbled upon somewhere in internet – the consumer trusts that his/her friend knows his/her taste and only recommends interesting things. This logic is also valid within influencer marketing: customers see the influencers as their friends and therefore have better judgement than the traditional, faceless media.

This is why the content producers of traditional media are facing a big challenge: you have to always focus on what will interest the customers.

New levels such as the use of sound are being brought to communication. Stories are used for creating different emotions and content is also begin labelled by which emotions it brings. New elements shouldn’t just be pointless tricks: any form of media should have a purpose if it wants to survive. On the other hand only a few of us can actually imagine, where the future of communications will take us.

Perttu, who talked in the seminar of Ellun kanat, made us see the future possibilities of technological developement and suggested that we should be brave in being creative with our imagination.

Only a few of us are actually capable see what’s outside the box and that’s why it is hard to predict the future.

The best things of the 2030’s are the ones that our present selves see as bad or at least impossible, and that’s the way it has to be – if everyone thinks something is a good idea, that means that the idea is already outdated.

There’s one thing, though, that seems very likely: Perttu claims that we’re in the middle of a human revolution which is being built on trust and listening to others. We must focus on the things that don’t change – that is the one solid block to build on. And at least now it seems that humanity is not changing.

Elina Mikkonen is working as the Heart of PING Helsinki. She is passionate about dancing and cheese, and finds her happy place anywhere near the ocean.