Case: Canon and Generation Z – Together at Tubecon 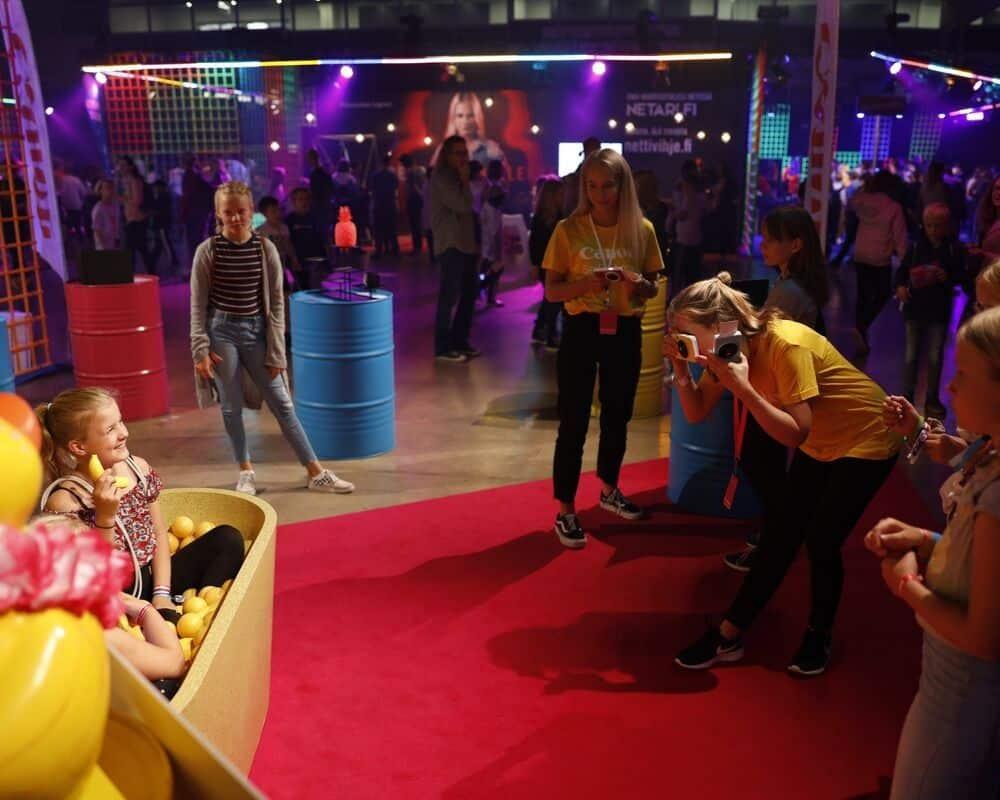 Canon was spectacularly presented at this year’s Tubecon, reaching out to generation Z. However, the project together with summer ambassadors and popular finnish YouTubers started a long before the actual event. The campaign was a success with a social media reach of over half a million.

The purpose of this campaign was to raise awareness and create visibility around new Zoemini instant cameras among Generation Z during the Tubecon event. Canon wanted to create an image of a youthful, fresh and fun brand that is also appealing to younger consumers.

The idea behind the campaign was to inspire young audience and encourage them to try Canon products at Tubecon. Attending the event also provided Canon a valuable opportunity to meet social media influencers with an eye to future collaborations.

‘’PING really knows how to work with the social platforms, to be seen and corporate with the right people to the right segment. It was a great pleasure to work with them, a fun journey and at the end of the great story – we managed to have a great stand!’’

PING Helsinki was responsible for the conceptualization and implementation of the entire cooperation on a turnkey basis. The concept created for Canon consisted of three parts. They ensured maximum reach in the desired target audience before, during and after the event:

The project began in June 2019, when we started a search for gen Z summer ambassadors to use Canon products and showcase them to their followers. We received more than 50 applications, of which 4 young photographers were chosen. The ambassadors tested the Canon EOS M50 cameras during the summer and shared their experiences on their own social media channels.

The photos taken by the summer ambassadors were compiled into picture books that were on display at Canon stand in Tubecon. The ambassadors were also on site to share their experiences and inspire visitors to try cameras and take pictures.

Influencers received Canon Zoemini S label printing cameras and took selfies using them. The printed images were given to the students of Teho-Opisto art school. They then painted the selfies into artworks according to their own interpretation.

The artworks were combined into a spectacular ensemble, Tubewall, which was located at Tubecon’s main entrance. The art piece was introduced on Tubecon Industry Day. During Tubecon, guests were encouraged to take a photo with their favorite YouTuber’s portrait and enter a competition by sharing the photo on Instagram with a tag #liveandcreate. Two Canon Zoemini C cameras were drawn among all participants.

Canon had an exhibition stand in Tubecon, where the attendees could see and try Canon products under the guidance of experts and summer ambassadors. There were also two inspiring selfie spots, where participants could get photographed. All the photos were printed and given out to the participants as a remembrance of a fun event.

10 popular Finnish influencers, whose YouTube-channels combined have over 1,8 million subscribers and Instagram-profiles almost 1,1 million followers, joined the project. In return for the collaboration, the influencers received a unique piece of art, the Canon Zoemini camera, and a chance to giveaway a similar camera and tickets to Tubecon on their channels. No financial compensation was paid for the cooperation, so all the visibility achieved was earned.

The influencers, summer ambassadors and other participants posted around 100 social media posts with the tag #liveandcreate. The total reach of those posts was over half a million. In addition, some of the influencers shared Canon related posts without using the tag. For example two influencers filmed My Day -videos in Tubecon, where the Tubewall was also seen.

The campaign as a whole was very succesful. The Tubewall and exhibition stand were both buzzing throughout the event and participants queued up to get to the photoshooting wall. An enormous visibility was achieved in social media and especially the desired target group was activated effectively.